Abstract: The field of cartography is concerned with the design of high-quality cartographic products, most often, maps. Computer science has had a large impact on cartography, initially via software that allows the cartographer to manipulate electronic maps and nowadays also via sophisticated computer procedures - algorithms - that can perform many of the tasks originally executed by cartographers. Although the most commonly used maps are road maps and topographic maps, special purpose maps exist for conveying targeted information. Such maps usually focus on a single theme and visualize such diverse topics as the gross domestic product per country, the effects of pollution on the water quality, or the migration patterns of animals. Maps for these examples can be found, respectively, in newspapers, infrastructural reports, and biological studies. In this presentation I will describe algorithms that automatically create two types of special purpose maps: necklace maps and flow maps.

Bio: Bettina Speckmann heads the Applied Geometric Algorithms (AGA) group at the Department of Mathematics and Computer Science of TU Eindhoven (the Netherlands). Motivated by applications in GIScience and Smart Mobility, geo-visualization, visual analytics, and e-Humanities, AGA frequently combines the rigorous methods from algorithmic research with efficient engineering to achieve results of both theoretical and practical significance. Bettina received her PhD from the University of British Columbia (Canada) in 2001. Afterwards she spent two years as a postdoc at the Institute for Theoretical Computer Science of ETH Zurich (Switzerland) before joining TU Eindhoven in 2003. Bettina was a member of both the Young Academy of the Royal Netherlands Academy of Arts and Sciences (2010--2015) and of the Global Young Academy (2011--2016). In 2011 she won the first Netherlands Prize for ICT Research. Bettina served as PC (co-)chair of several high-ranking international conferences: the 19th International Symposium on Graph Drawing (2011), the 42nd International Colloquium on Automata, Languages, and Programming -- Track A (2015), and the 34th International Symposium on Computational Geometry (2018). Since 2018 Bettina is a member of the Computational Geometry Steering Committee. 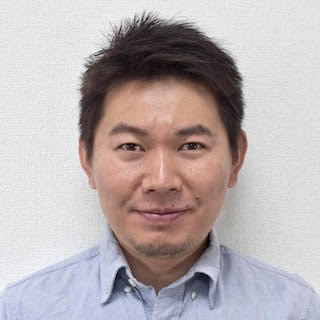 Abstract: The advancement of almost every modern domain depends on data. Companies and organizations invest heavily in data infrastructure; however, unless they can effectively distill the insights, the investment is a sunk cost. Visualization, as a practical means to interfacing human knowledge and data to drive decisions, has gained immense popularity in the industry. Nonetheless, it is still nontrivial for practitioners to quickly create actionable visualizations with data at scale. In this talk, we present our exploration of architecting visualization applications at Uber. We start by introducing the “primitive-instancing-layering” paradigm - a viable solution to scaling the visualization design and development, followed by some real-world applications range from geospatial analysis, autonomous vehicles, graph (network) analysis, to machine learning visualizations. In the course of the introduction, we hope that the audience can grasp the gist of architecting data-intensity visualization applications and be acquainted with the building blocks to jump-start their future projects. 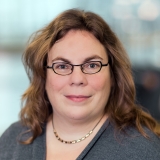