Disobedient Electronics: Protest (2017) is a limited edition publishing project by Dr. Garnet Hertz that highlights confrontational work from industrial designers, electronic artists, hackers and makers from 10 countries that disobey conventions, especially work that is used to highlight injustices, discrimination or abuses of power. Approximately half of the 25 contributors are academics, while the other half are from the broader maker, tech and art communities. Topics include the wage gap between women and men, the objectification of women's bodies, gender stereotypes, wearable electronics as a form of protest, robotic forms of protest, counter-government-surveillance and privacy tools, and devices designed to improve an understanding of climate change. As an experiment in research dissemination, three hundred handmade copies were produced and were disseminated for free to targeted researchers that wanted to include the book as a part of academic curriculum, reviewers writing critical responses to the publication, libraries and nonprofits, or curators including the book in an exhibition. In this talk, Hertz will provide an overview of the project and provide a wider context for electronic objects built as a form of political protest. For more information, see http://www.disobedientelectronics.com/. Dr. Hertz is Canada Research Chair in Design & Media Art at Emily Carr University. 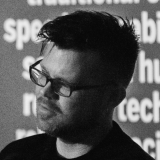 Dr. Garnet Hertz is Canada Research Chair in Design and Media Arts and is Associate Professor in the Faculty of Design and Dynamic Media at Emily Carr University. His art and research investigates DIY culture, electronic art and critical design practices. He has shown his work at several notable international venues in fifteen countries including SIGGRAPH, Ars Electronica, and DEAF and was awarded the 2008 Oscar Signorini Award in robotic art. He has worked at Art Center College of Design and University of California Irvine. His research is widely cited in academic publications, and popular press on his work has disseminated through 25 countries including The New York Times, Wired, The Washington Post, NPR, USA Today, NBC, CBS, TV Tokyo and CNN Headline News. More info: http://conceptlab.com/