Tableau’s mission is to help people see and understand data.  Tableau’s products are designed for the people who have the questions, not for those with specific technical backgrounds in data and visualization. Doing this has required core technical innovation as well as good design practices. Tableau Research does foundational and applied research in domains important to Tableau’s products.  While our published work has been most visible in the visual analytics community, we also do research in statistics, machine learning, natural language processing, geospatial analytics, data prep, query processing, and database performance. Tableau Research works closely with Tableau’s product teams, including those in Vancouver, where the product focus is recommender systems, natural language processing, and other ways of “augmenting” our visual analytic products. Tableau Vancouver is also the home of Tableau Public.  The goal of this talk is to introduce the DFP and VIZ@UBC communities to our work, especially those areas where we might build connections with UBC researchers and instructors.

Once you are inside the Forestry Science building walk to the rear (south-east) of the building by passing through the large open study area and up the stairs to the 2nd level student (“treetop”) lounge area. Turn left, pass through the double doors, and room 2300 will be immediately to your right. 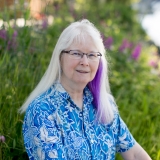 Maureen Stone began her career at the Xerox Palo Alto Research Center where her most significant contributions were an early system for digital color management, prototype interactive systems for graphic design, and a novel, two-handed user interface design called Toolglass and Magic Lenses.  After leaving Xerox, she worked independently as StoneSoup Consulting, which included working with both Stanford University and Simon Fraser School of Interactive Art and Technology, where she is also an adjunct professor.  She is the author of a book, A Field Guide to Digital Color, as well as many journal and conference papers. She first worked with Tableau in 2004 as a consultant, designing the color palettes and user experience around color for Tableau 1.5. She joined Tableau in 2012, initially as User Experience Designer, then as a Research Scientist in the newly-formed Tableau Research. She is now its Senior Manager, reporting directly to Tableau’s Chief Technology Officer. Her professional affiliations include ACM SIGGRAPH, Society for Imaging Sciences and Technology (IS&T) and IEEE Computer Society. She currently serves on the advisory board of IEEE Computer Graphics and Applications, following a long tenure on its Editorial Board culminating in three years as its Editor in Chief.