Games have long been used to support social interaction and create shared experiences that draw us closer together. Digital games are increasingly being used to form and maintain relationships, and in-game friendships have been shown to help satisfy our need to belong and can even combat loneliness, improving our well being. In this talk, Mandryk will present her perspective on the benefits of social gaming -- including in casual, esports, and streaming contexts, show how the benefits can be thwarted by toxicity and harassment, and discuss innovative game technologies that can better connect players, streamers, spectators, and fans. 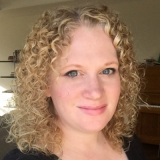 Regan Mandryk is a Tier 1 Canada Research Chair in Digital Gaming Technologies and Experiences, and Professor of Computer Science at the University of Saskatchewan. Her research objective is to design, develop, and evaluate novel technologies that improve the social, cognitive, and emotional wellbeing of people. Regan has been the invited keynote speaker at several international game conferences, led Games research in the Canadian GRAND Network, organized international conferences including the inaugural CHI PLAY, the inaugural CHI Games Subcommittee, and CHI 2018, and led the first ever Canadian graduate training program on games user research (SWaGUR.ca) with $2.5 million of support form NSERC. She was inducted into the Royal Society of Canada's College of New Scholars, Artists and Scientists in 2014, received the University of Saskatchewan New Researcher Award in 2015, the Canadian Association for Computer Science's Outstanding Young Canadian Computer Science Researcher Prize in 2016, and the prestigious E.W.R. Steacie Fellowship in 2018.