Joanna McGrenere is a Professor in the Department of Computer Science at the University of British Columbia (UBC) and is an Inria and Université de Paris Sud International Research Chair (France). Joanna received a PhD from the University of Toronto in 2002, an MSc from UBC in 1996, and a BSc from Western University in 1993, all in Computer Science. Her broad research area is Human Computer Interaction (HCI), with a specialization in interface personalization, universal usability, assistive technology, and computer supported cooperative work.

She often serves on program committees for the top conferences in HCI, including serving as the Papers Co-Chair for CHI in 2015. She is the Program Co-Chair for ASSETS 2018 and will be the overall Technical Program Co-Chair for CHI 2020. She is a member of the editorial board for ACM Transactions on Computer-Human-Interaction (ToCHI) and ACM Transactions on Accessible Computing (TACCESS). Joanna is an elected Member of the College of New Scholars in the Royal Society of Canada (2017), won a Killam Research Award (2015), a Microsoft Research Software Engineering Innovation Foundation award (2013), a Killam award for Excellence in Mentoring (2012), an Outstanding Young Computer Science Research Award from the Canadian Association of Computer Science (2011), was appointed as a Peter Wall Institute for Advanced Studies Early Career Scholar (2010), and was the first recipient of the Anita Borg Early Career Scholar Award (2004). Joanna has been an IBM Visiting Scientist and her work has been supported by Autodesk, Mozilla, Microsoft, Google and Nokia.

Joanna recently served as an Associate Head in CS at UBC (2013-15) and lead the HCI@UBC initiative: an interdisciplinary meeting for scholars working in the area of Human-Computer Interaction at UBC (2013-15), which is now being re-branded as the Designing for People (DFP) initiative. DFP has been recognized as a top emerging cluster at UBC. 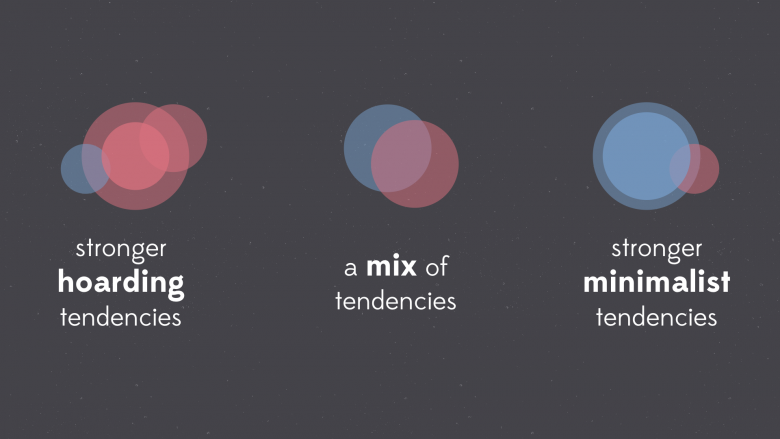 We studied how people decide what data to keep or discard and found that their behaviours are nuanced and context-dependent, falling on a spectrum between hoarding (keeping all or most of data) and minimalism (keeping as little as possible).

Joanna specializes in Human-Computer Interaction research, with a focus on designing personalized user interfaces, computer supported cooperative work, as well as on developing interactive systems for diverse user populations, including older adults and people with impairments.